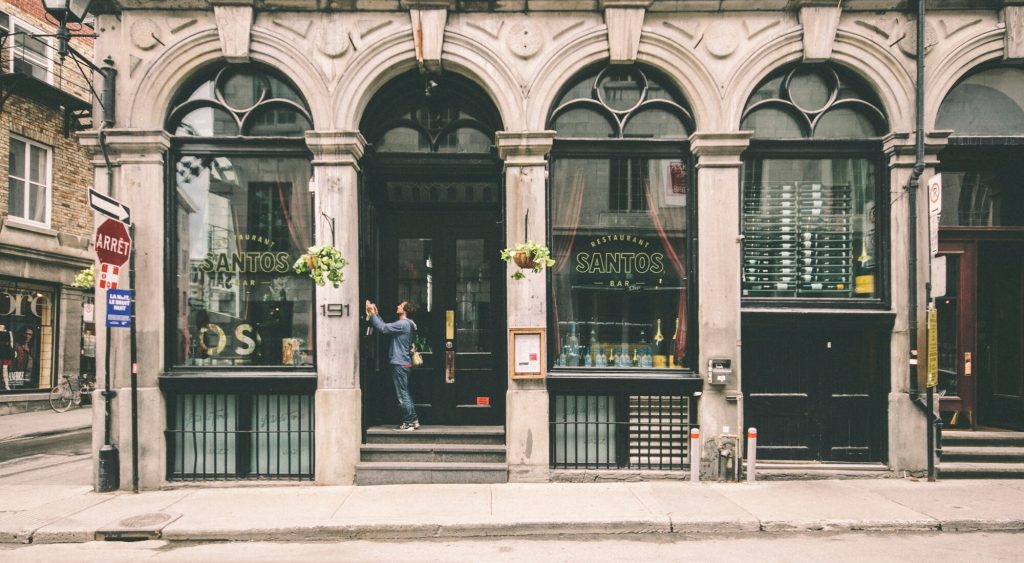 Montreal is well known for being a cosmopolitan and vibrant city. Many people call it a piece of Europe in North America. But did you know that Montreal was once the largest city in Canada?

Montreal is still a very diverse city, second only to Toronto in population. Yet, people often wonder if English culture still exists in Montreal. Well, the business-friendly city does have the largest English-speaking population in Quebec.

So if you are thinking of relocating to Montreal, you will want to know if you need to speak French. Keep reading this guide about living as an English-speaking person in Montreal.

Ever since the 17th century, French and English have settled in Canada from coast to coast. It began when Samual de Champlain established Acadia and then the city of Quebec in 1608. By the early 18th century, the colony of New France had spread from Quebec to Louisiana.

Most of the French settlers in Canada stretched along the St. Lawrence River to Montreal. Yet as Canada evolved, French culture spread to other regions of the country. But British expansion was occurring at the same time.

While Quebec remained home to most Francophones, some settled in other provinces. Today, there is still a percentage of French-speaking citizens in every territory. For example, New Brunswick is 38% French, and Manitoba has a small but rich heritage.

New Brunswick is the only officially bilingual province under the Canadian Constitution. However, every other province in Canada allows the protection of French by law. There are also schools across the country where students can study in French.

So as one of the two official languages of Canada, French does exist and thrive in other parts of the country. Yet Quebec language law has determined that the Francophone culture will be prominent. This ruling means that government offices, schools, and commerce must conduct business in French.

Since Quebec has the most Francophones in Canada, the culture supersedes all others. Yet, the city of Montreal maintains a high population of English-speaking residents. So what makes Montreal different from the rest of Quebec?

A Brief History of Montreal

Long before New France was ceded to Britain in 1760, the island port of Montreal was a major centre for commerce. But, as an inland port to the Great Lakes, Montreal was best suited for the fur trade with indigenous tribes.

France had made a treaty with the five nastions of the Iroquois Confederacy. The Great Peace of Montreal set the tone for future commerce to grow in the region. But the fighting between Britain and France came to a head in 1760.

New France surrendered Montreal to the British, but not before a new agreement. The conditions of the surrender shaped the future of British North America. The agreement allowed landowners to keep properties under the Custom of Paris.

Yet, at the start of the American Revolution, English culture began to take over a region in ruins. The new borders also prevented traders in Canada from working South of the Great Lakes. Instead, British trappers moved north and west with the Hudson’s Bay Company.

Montreal then became an even more critical part of trade routes with the Lachine canal. A new shipping lane around the rapids made Montreal the centre for traffic. The railway came when the city was already the hub of Canadian commerce.

Because of its geographical position for trade, Montreal grew as a financial centre. Major banks established offices in the city, and business in both official languages thrived.

Montreal maintained its hold as Canada’s largest city until the 1970s. Until then, tensions were growing between cultures as English Canada grew around Quebec. Then, finally, it came to a head with a political uprising of massive proportions.

The province elected a separatist government, and sentiment grew for independence. Of course, there are other factors involved, but Montreal became, even more, a francophone city. As a result, Toronto grew to become the most populous city in Canada.

Over the last 50 years, a lot has changed in Quebec. But Montreal has grown into one of the most vibrant cities in the world. Location still plays a vital role in the city’s development for several reasons.

First, Montreal is only 90 minutes by air from major hubs like New York and Boston. With three airports, it serves over 20 million travellers each year. The city’s railway infrastructure connects to the United States, Mexico, and the rest of Canada.

As an important port, Montreal is also a designated Foreign Trade Zone. As a result, raw materials that travel through the port are often exempt from tariffs and taxes. The commerce route also opens many opportunities for new business.

The tech sector in Canada enjoys its highest concentration of activity in Montreal. And although 55% of the population is bilingual, many others speak more languages.

The changing population reflects a diverse cross-section of cultures. So francophones from Africa, South America, and Europe are moving to Montreal. And with the migration, artistic and lifestyle cultures merge.

Yet what makes Montreal unique in North America is its French heritage. Still, 85% of Quebecers identify French as their first language. And the city’s history is on display in the magnificent Old Montreal setting.

Tourism is a large part of Montreal’s economy, so many who work in the industry also speak English. As well, restaurants and attractions do their best to cater to English-speaking travellers. But, only 38% of francophone Montrealers are bilingual.

Most of the anxiety about visiting and living in Montreal centres on the Quebec language law. Like many languages, people speak English all over the city. Yet Montreal does not have official bilingual status.

The Government of Quebec recognizes French as its official language. So when dealing with city offices, it gets discussed in French. However, day-to-day business is easily done in English or French (or a mix of the two languages!).

It is possible to live in Montreal among English-speaking people. There are pockets of the city that are still a majority of anglophones. But that will limit your opportunity to find work in an English environment. Nevertheless, many international corporations operate with English-speaking employees

And if you plan to live and work in greater Montreal, you can still function well speaking only English. And most areas of Montreal do business in French and English. And French-speaking people speak English, for more than 90% of them.

As part of the Quebec language law, citizens have the right to conduct any business in French. So, for example, people wanting to work in the service industry must be capable of taking orders in French. And, if you want to work for government offices, it’s a good idea to take French courses.

Yet, to their credit, the government of Quebec has made French classes very accessible. As well, incentives for taking French lessons help immigrants to flourish locally. As a result, French education in Montreal also gives young people and families a head start.

Consider first, some advantages to doing business in this diverse city. The largest French-speaking city in North America offers access to the non-English world. But you don’t have to learn a new language to break down barriers for an exciting new life in Montreal.

Yet, Montreal is home to some of the world’s largest multinational corporations. Along with New York and Washington, Montreal is one of the three UN cities in North America. And the city holds more international conventions than any other.

The quality of life in Montreal is also among the highest in the world. Based on income earned, it has the lowest cost of living of all US and Canadian cities. With 65 museums and a vast array of performing arts, nightlife in Montreal abounds.

Restaurants and clubs boast some of the best local cuisine and entertainment anywhere. And, of course, Montreal is home to Cirque du Soleil. These features only add to an international business-friendly community on the rise.

Many are seeing the benefits, including the tech community. At a 9% growth rate, the tech sector in Montreal is ideal for entrepreneurs. As well, tax and loan incentives are available to many willing to relocate to Quebec.

But technology is not the only sector attracting people to Montreal. The city is also a hub for video games, animation, and innovation in artificial intelligence. Much more work is getting noticed in the medical and aerospace fields, too.

The island city on the St. Lawrence has a long history of being inviting and friendly. Of course, as in any cosmopolitan city, you can communicate in many other languages. But if you are planning a new life in Quebec’s largest city, learning French is crucial.

English still has a place in Montreal culture. But Quebec language law is intent on preserving its French culture first. So if you are considering a move to Montreal, why not embrace it as intended?

And if you need help getting started on your adventure, contact us today for guidance. Montreal is waiting to say Bonjour.